glennrikowski
I am an Independent Scholar in Forest Gate, London. I was previously a Visiting Fellow in the College of Social Science at the University of Lincoln. I was previously a Visiting Scholar in the Department of Education at Anglia Ruskin University (2014-15). Prior to that, I was previously a Senior Lecturer in Education Studies at the University of Northampton. My interests are in Marxist educational theory, the future of the human and social time. The Rikowski family web site, The Flow of Ideas can be found at: http://www.flowideas.co.uk, My Wordpress blog, 'All that is Solid for Glenn Rikowski' is at: http://rikowski.wordpress.com, Glenn Rikowski @ Academia: http://independent.academia.edu/GlennRikowski @ ResearchGate: http://www.researchgate.net/profile/Glenn_Rikowski

Life in the Higher Sausage Factory - The Paper 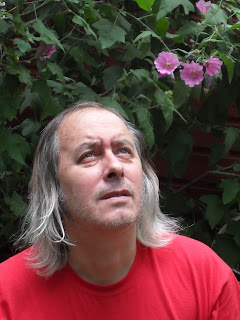 LIFE IN THE HIGHER SAUSAGE FACTORY – THE PAPER

At last, I have found the time to html code 'Life in the Higher Sausage Factory' and put it on The Flow of Ideas website.
I have added a short Preface to explain the provenance and development of the paper.

Here is the link to the paper: http://www.flowideas.co.uk/?page=articles&sub=Life%20in%20the%20Higher%20Sausage%20Factory

Here is the full reference:

If you would like a Word version of this paper then send an email to Rikowskigr@aol.com and I will send it via email attachment.
Best wishes
Glenn Rikowski, London, 28th August 2012.

“Capitalist production is not merely the production of commodities, it is essentially the production of surplus-value. The labourer produces, not for himself, but for capital. It no longer suffices, therefore, that he should simply produce. He must produce surplus-value. That labourer alone is productive, who produces surplus-value for the capitalist, and thus works for the self-expansion of capital. If we may take an example from outside the sphere of production of material objects, a schoolmaster is a productive labourer, when, in addition to belabouring the heads of his scholars, he works like a horse to enrich the school proprietor. That the latter has laid out his capital in a teaching factory, instead of a sausage factory, does not alter the relation. Hence the notion of a productive labourer implies not merely a relation between work and useful effect, between labourer and product of labour, but also a specific, social relation of production, a relation that has sprung up historically and stamps the labourer as the direct means of creating surplus-value. To be a productive labourer is, therefore, not a piece of luck, but a misfortune” (Karl Marx, Capital, Volume I).

The Flow of Ideas: http://www.flowideas.co.uk 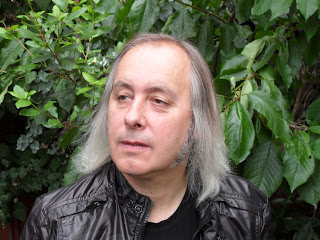 Posted by glennrikowski at 4:36 AM No comments: